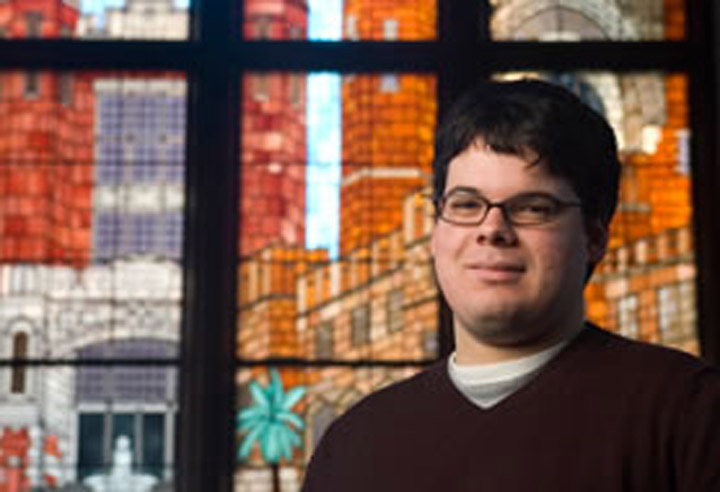 “It is important that college students, as the future of the nation, focus on international injustices that we can take a stance against.”

Looking to the past, through his Classical Civilizations major, and looking to examples in English Literature, his second major, Michael Duque knows that human beings have great potential. His efforts guide them toward that goal.

An Honors student, Michael chose to attend Florida State specifically because the University focuses attention on development of the whole student, not only academics. Planning a future in higher education, he has used his college years to gain experience in the field. In his sophomore year, he served as secretary of Gilchrist Hall, a position in which he helped “to plan and implement programs and socials not only for the residents of the Honors community, but also service programs that impacted the entire community.” For his efforts, he received the Hall Government Executive Officer of the Year Award and the Sophomore Leader of the Year award.

Last year he also served as an Orientation leader, “not only helping to acclimate students to the University environment, but also by providing a positive role model for what a Florida State student should be.”

In University Housing, Michael believes, lies the opportunity “to reach many people at once.” As a resident assistant (RA), working with the Wellness Community in Reynolds Halls this past year, he tried not only to instill a sense of community on his floor, but also to teach his residents “that their actions speak volumes, as do the consequences of those actions.”

Through his role as vice president of recognition for the National Residence Hall Honorary, Michael “made sure that those students and staff who work selflessly to improve our housing community were recognized for their efforts.” In turn, students and staff are now inspired to do more. In April, he took over the position of president. “I want to make experiences positive in the hopes that my residents, and those throughout Housing, take that positive energy and spread it to the University.”

As coordinator of FSU’s chapter of Amnesty International, Michael works to educate the campus community on current U.S. and world events. “It is important that college students, as the future of the nation, focus on international injustices that we can take a stance against,” he says. “I truly love the organization and its relentless efforts to create a global environment that supports human rights and understanding.”