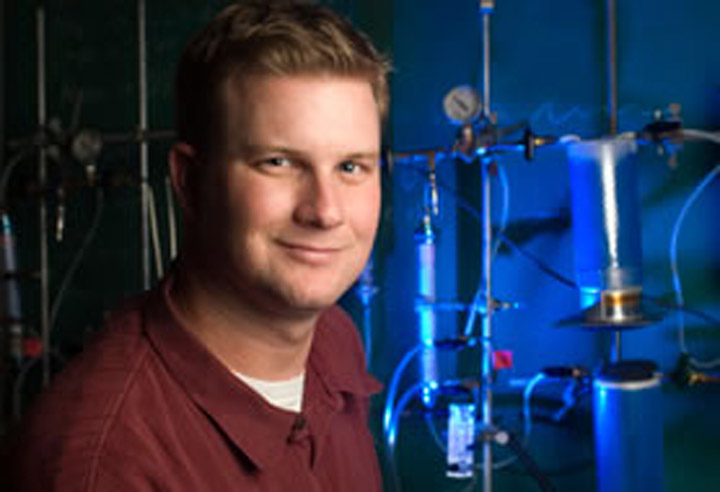 To examine coastal marine processes, the scientists and students of Florida State’s Oceanography department often join forces with the Geology and Chemistry departments, with federal agencies, and with other states and countries.

Richard Peterson, a doctoral candidate in Chemical Oceanography and graduate research fellow with the National Oceanic and Atmospheric Administration, is helping to trace the sources of suspended particles in the Apalachicola Bay’s ecosystem, which have the potential to alter its health. He says, “We are very concerned with locating the sources of the particles and associated metals that are dumped into the Bay.” As the research project leader, he can dictate the pace and direction of the project, while receiving “valuable experience as a project manager.”

Rick’s major professor, Dr. Bill Burnett, has received a grant from the National Science Foundation, which, in cooperation with the University of Hawaii, funds a project to assess the magnitude and variability of the submarine groundwater discharge off the Kona coast of Hawaii’s Big Island. Rick says, “The geology is volcanic in nature, which means that the groundwater tends to be funneled out into the ocean in local plumes. The Hawaiian coastal ecosystems are very susceptible to any contamination that might occur via this process. So, we are developing new techniques to quantify how much groundwater is being discharged in each of these plumes.”

He is also involved in an international effort to learn about the hydrology of China’s Yellow River, which is funded by the Research Institute for Humanity and Nature in Kyoto, Japan. For extended periods in the 1990s, due to water overuse, the lower reaches of the river did not reach the ocean. Working out of Dongying, a small, oil-producing town located at the mouth of the river, for each week-long field trip, Rick and his fellow scientists are “examining the contaminant input and the processes as the river water mixes offshore.”

With each project, Rick can apply the gathered data to his dissertation. He says, “To work side-by-side with local and international scientists is rewarding. These projects have been major highlights to my education, as they are opportunities to work in the field while developing new techniques and procedures, as well as being involved with pieces of a real-world problem.”

A tough job, but someone has to do it. Rick admits, “I’ve lucked out.”