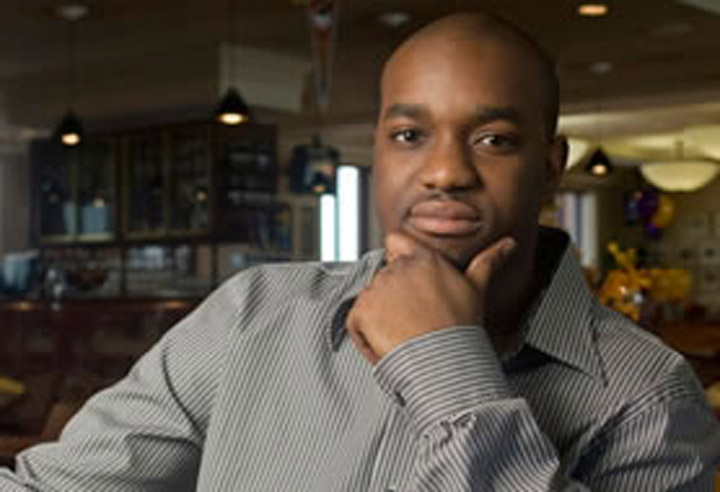 “Where I grew up I didn't see a lot of people going to college. I hope I will be an inspiration to the kids from my 'hood.”

“It brings me joy when I can put a smile on someone’s face,” says Joseph Mapp, a Hospitality major. “In this field you can serve people every day, making their life more comfortable.”

Joseph is learning how to manage organizations such as hotels, restaurants, and private clubs. For the past two years, he’s been gaining hands-on experience by working at Oglesby Union Guest Services. And he was the first student from Florida State to intern as a territory sales manager at EcoLab, a leading commercial cleaning company. He says, “Throughout those three months I was able to work in seven of the company’s positions. I learned a lot about the industry, and about life.”

Since his arrival on campus, Joseph has also held several positions for the Florida State chapter of Progressive Black Men (PBM), an organization that works to eradicate the negative stereotypes about Black men. Joseph explains, “We do this through community service, brotherhood, and academic excellence.” The members also have fun by sponsoring events for students—Dance Explosion, Kiwi and Candle Wax Women’s Appreciation, and Speed Dating. “My most memorable experience at FSU has to be the completion of PBM Week in 2004. It took so much hard work, but it was worth it because it showed me the value of teamwork and planning, and I was given the opportunity to be creative.”

Joseph’s “creative side” generally shows through his second passion—Music. “It just comes natural to me. Growing up, I studied music for 10 years while playing the violin. In high school I started composing. During college, I started producing. The first song that my partner and I created actually made it to the radio, playing every day for awhile.” He continues “making great music with local artists.”

In December, Joseph will graduate and begin a new phase of his life. Reflecting on the past four years, he says, “It’s been a long journey. I am a first generation college student. Where I grew up I didn’t see a lot of people going to college. I hope I will be an inspiration to the kids from my ‘hood.”