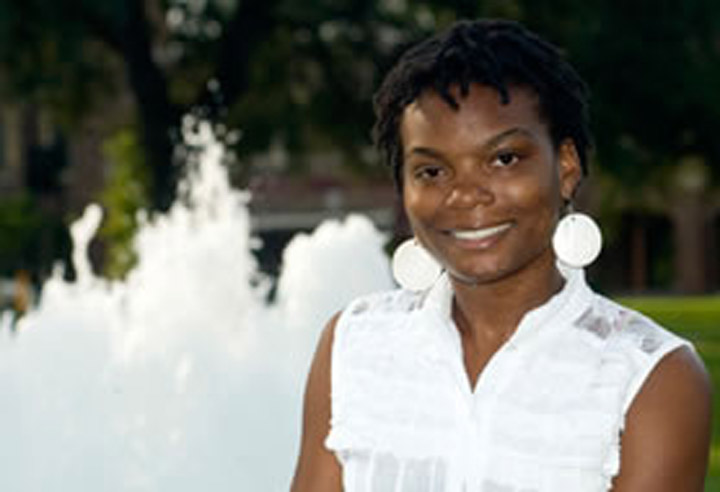 Shellina Reeves doesn’t perform community service “for the glitz and glamour.” She says, “I do it because I know how it makes you feel when someone sincerely wants to help you.”

As a freshman, Shellina received mentoring through the Black Student Union’s Freshmen First program. Having had a “wonderful mentor” who remains a friend, Shellina believed she could pass the same experience along to others. Freshmen First mentors help students with their studies, but at the same time, they learn to build connections with people outside of their comfort zone. She says, “It feels good to know that they are depending on you to help them through their first year. And after two years, I still love the experience.”

Shellina also serves as the parliamentarian for SISTUHS (Strength, Initiative, Spirituality, Tenacity, Unity, Health and Substance). First established on Florida State’s campus in 1992, and now on several Florida campuses, this women’s organization performs community service throughout the area. But Shellina’s “most loved program is Project Ujima, which is held at Toya’s Daycare Center.” Members instruct the children through games, arts and crafts, and discussions about historical and current events. Says Shellina, “The biggest reward I receive is the fact that the students remember my name. I know they will remember the impact I made in their lives.”

During the summer while home in Jacksonville, Shellina has helped build several houses for Habitat for Humanity. Through the America Reads Program, she helps students with their homework. And then there are the poor served by the Salvation Army; the victims of domestic violence supported through the Refuge House; and troubled kids who receive guidance and support through the Boys and Girls Club.

Shellina seems drawn to the road less traveled. Because she loves math and science, she decided to major in Industrial Engineering, an uncommon field for women. She says, like a true SISTUH, “I don’t let the fact that there are only a few women in my classes stop me from doing my best.”