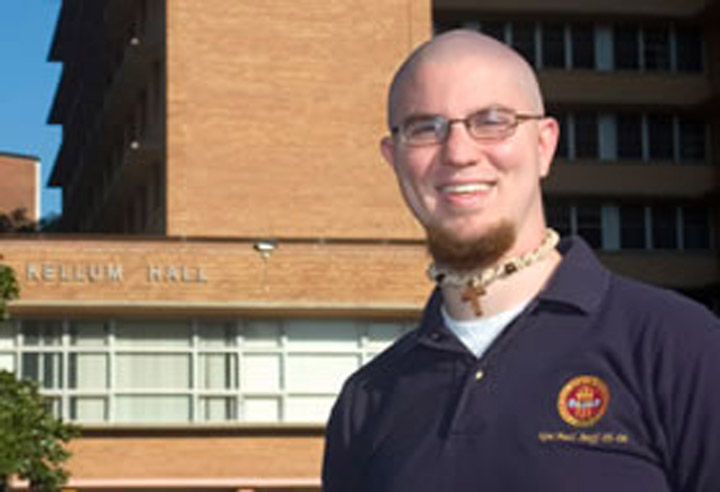 “I don’t know of a better place than Florida State,” says Christopher Terrell, “to find out what you’re great at and how to turn your dreams into lifelong realities.”

The Center for Civic Education and Service, University Housing’s Residence Life, The Rez, and the LEAD Center have each played a part in Christopher’s development. “I truly feel blessed to be working through them. On paper, they’re all jobs and forms of work, but a day doesn’t go by when I don’t enjoy getting up and going to work because I get to see the impact I’m having on people.”

His long-term goal is to make a difference in the lives of others. How to go about that is what, he says, “I’m learning and practicing right now.”

From the beginning of his freshman year, Christopher was attracted to community service and leadership development. He joined the LEAD Center’s Genesis Program and now, in his junior year, he serves as a Teaching Assistant with that program. He became a member of the Service Leadership Seminar with the Center for Civic Education and Service, and now serves as a facilitator. Also as a freshman, Christopher became a low ropes facilitator at The Rez.

The United Methodist Church will play a large part in Christopher’s life after graduation. He plans to attend the Seminary and enter the Church as an Ordained Elder, which is fitting. He can continue to combine his work and his favorite activity—”helping out whenever and wherever I can.”