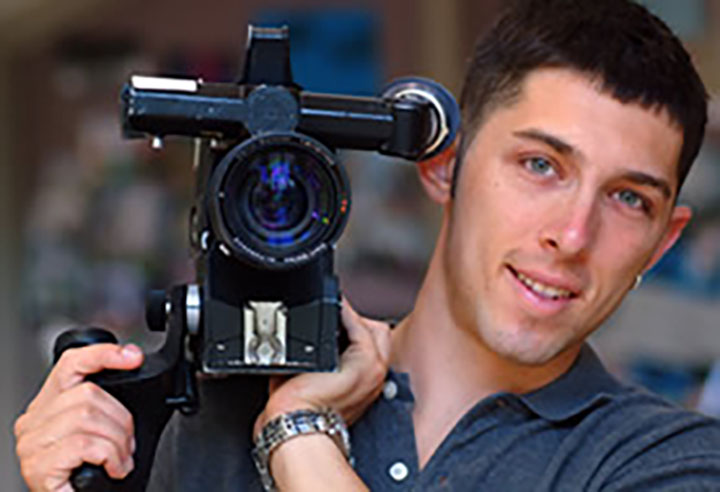 “"Filming the blind triathlete's graduation from Florida State University was a true inspiration."”

In a time when the self has become subject of much art, Michael Pycher, an undergraduate student in the Film School, turns outward for stories that inspire.

There is his documentary about a blind triathlete’s miraculous recovery—back into a competitive and normal lifestyle after having lost his sight as an adult. The film earned Michael a nomination for the FSU 2005 Humanitarian of the Year award.

Michael is developing a track record of doing good work to highlight the good work of others. He is currently working to produce a documentary about a local man who gave up his life savings, as well as his house, to save the lives of over 25 PMU pregnant horses* destined for the slaughterhouse.

And he helped to get another story out especially important to the FSU community. He contributed to a documentary for PBS about the Seminole tribe and its history.

Between shooting reels, he’s found time to volunteer with the SportsAbility program, designed to give individuals with both physical and mental disabilities an opportunity to participate in exciting outdoor activities and sports.

Michael’s good work also extends to the classroom, where his exceptional grades earned him a spot on the Dean’s list.