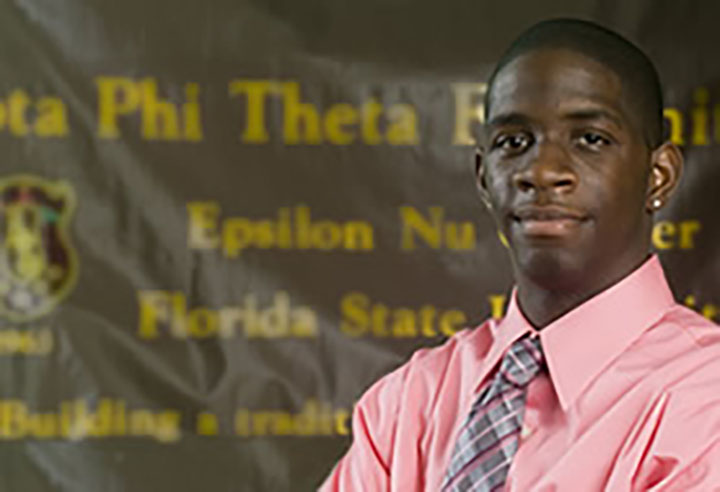 “As a member of Progressive Black Men, Dwayne lends his support to two schools for pre-adolescents in Tallahassee.”

Dwayne McKnight likes to surprise others.

He left his hometown of Gainesville to attend Florida State here in Tallahassee. He says, “I wanted to do something different from the norm.” Not an accident, then, that he became a member of Iota Phi Theta Fraternity, where the motto is, “Building a Tradition, Not Resting Upon One.” His tradition began with his involvement in community activities. As a member of Progressive Black Men, Dwayne lends his support to two schools for pre-adolescents in Tallahassee.

This drive to stand above the crowd took him to the presidency of the Epsilon Nu chapter of his fraternity and as unity chair of the National Pan-Hellenic Council. He earned a spot on the Dean’s List in spring 2005, yet he credits Professor Donna Fletcher for motivating his continued interest in Recreation and Leisure Service Administration. Now he’s aiming for a master’s degree. His need to excel should serve him well.