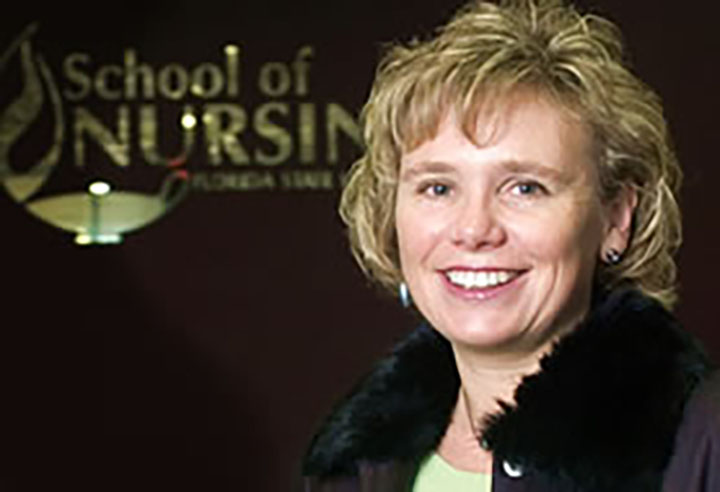 “Conny continues to analyze the data from her study, which indicates that 113 of every 1,000 children in Yemen die before the age of five.”

Conny Lips speaks four languages, one being Arabic, and has worked in the Middle East for a number of years. She was recruited for the Junior Research Experts Program, a five-year project supported by the European Union and the Republic of Yemen’s Ministry of Public Health and Population.

After her selection as a Junior Research Expert, Conny helped set up the study, “Factors Affecting Decisions to Seek Treatment for Sick Children in a Rural Setting in Yemen.” She worked in the northern areas of Yemen where she was called to assist World Wide Services in Yemen’s main government hospital. Together with Dutch, British and Indian surgeons, she helped reorganize the Operating Theater and assisted with general and ophthalmology surgery.

In the fall of 2004, she brought her international knowledge and research experience to her master’s studies in Florida State’s School of Nursing. A native of Switzerland, she is Nursing’s first International Graduate student. Her master’s thesis pertains to the mortality rate of infants and young children in rural Yemen where children’s health has been determined a priority. In 2005, Conny was inducted into the Sigma Theta Tau International Honor Society of Nursing.

Conny continues to analyze the data from her study, which indicates that 113 of every 1,000 children in Yemen die before the age of five. She hopes her data collection will eventually provide strategies for improvements in the health care of Yemeni children.

Because of her thorough research and impressive international work, Conny will continue to be an inspiration in the field of nursing regardless of what option she chooses upon graduation.