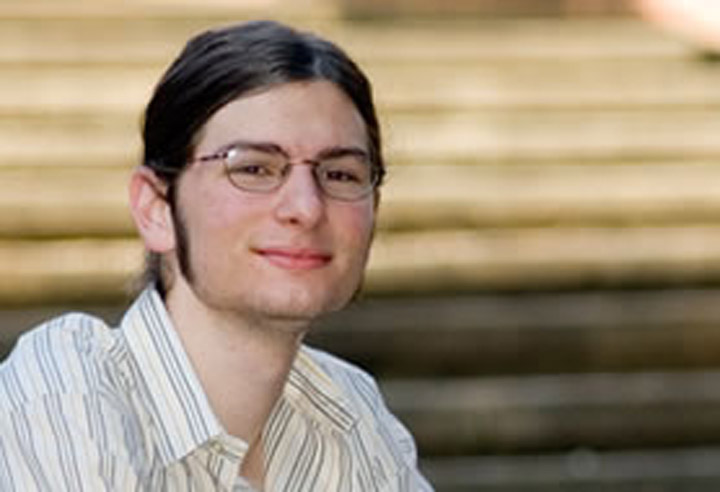 “I'm taking an ethnomusicological approach in dealing with the music's multi-dimensional nature by addressing each musician's personal approach to the Jewish identity through his or her music.”

If you’ve ever been to a Jewish wedding or celebration, most likely you have heard the evocative and joyous sounds of klezmer music. Klezmer, which has titles and songs in Yiddish, was developed in the 15th century. So, if you are a 21st century musician, who happens to be Jewish, how do you express your modern-day cultural identity?

That’s what Ross Brand, an Honors in the Major student, set out to discover. Using the monies from his recently received Undergraduate Research and Activity Award, he traveled to New York City to interview groups of avant-garde musicians whose music appears on the Tzadik level in the Radical Jewish Culture series. Ross explains, “I’m taking an ethnomusicological approach in dealing with the music’s multi-dimensional nature by addressing each musician’s personal approach to the Jewish identity through his or her music.”

While attending the musicians’ concerts and viewing their music-making process first hand, Ross received “valuable insight into their mindset.” He says, “Because the movement is so young, these interviews are some of the few primary source materials on the matter.” He is now transcribing the interviews and organizing the information, which will go into his Honors Thesis, tentatively entitled, “Radical Jewish Culture and Modern Jewish Identity Construction.”

At the First Annual Atlantic Coast Conference’s “Meeting of the Minds,” held in the spring at Clemson, Ross presented a paper on John Zorn, the founder of the Tzadik label, and his “Masada Songbook,” a collection of over 200 of his short tunes. Says Ross, “The songs use Jewish scales and an avant-garde sensibility to create a unique sound.” The quartet interprets the songs in a jazz idiom; the string trio (violins and cello) performs the music more classically; and the guitar, bass, and drums group approach the repertoire from a rock perspective.”

Having found this unique form of musical expression, Ross plans to continue his research and to play his thoroughly modern music.