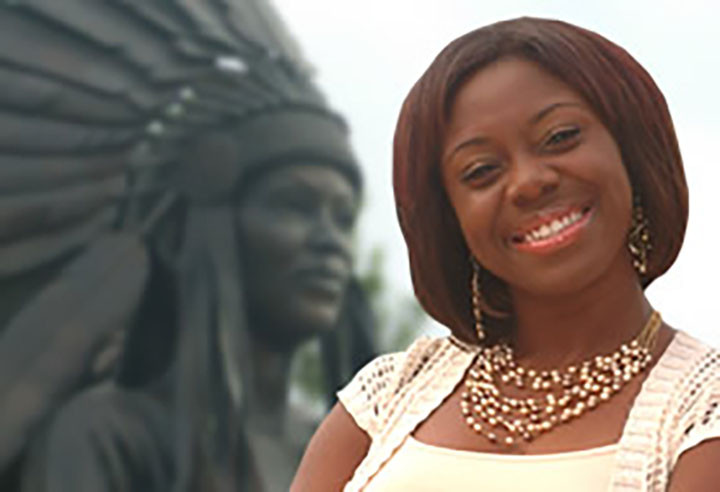 “Although she hopes to return to Miami and intern at a TV network affiliate, she'll be leaving her mark of achievement in Tallahassee. ”

When Debontina Adamson was a 12-year-old in Miami, surrounded by ‘Canes fans and a sea of green and orange, she was attracted to the garnet and gold. Now a senior majoring in Media Production at FSU, she is the 2005 Overall Director of the quintessential ‘Nole event: Homecoming.

Although she hopes to return to Miami and intern at a TV network affiliate, she’ll be leaving her mark of achievement in Tallahassee.

Debontina has made the Dean’s List and received a Boyle Scholarship, awarded to students in the Department of Communication who demonstrate “high academic promise.”

Fellow students have recognized Debontina’s leadership qualities, having elected her twice to the Student Senate, and in 2004, she was elected vice president of the Progressive Student Assembly.

She also held the fundraising chair of the Black Student Union (the official voice and representative of issues concerning students of African descent).

Her leadership qualities and academic success have earned her membership in the Garnet and Gold Key and the National Society of Collegiate Scholars.

Debontina’s successful odyssey to this University has inspired four family members to go for the gold…and garnet, and enroll in FSU.