Florida State University’s Board of Trustees selected Provost and Executive Vice President for Academic Affairs Garnett S. Stokes to serve as interim president of the university during its March 7 meeting. The State University System of Florida Board of Governors must approve this appointment.

“Dr. Stokes is uniquely qualified to continue the momentum of Florida State’s rise in rankings and fundraising initiatives as well as the research and creative activities that support the academic mission of the university’s 41,000 undergraduate and graduate students during this transition,” said Allan Bense, chairman of the Florida State University Board of Trustees.

Stokes has served as Provost and Executive Vice President at Florida State since 2011. She also holds an appointment as a professor of psychology at Florida State, serves as the chief academic officer and the second-highest ranking administrator of the university. Previously, she served as dean of the Franklin College of Arts and Sciences at the University of Georgia from 2004 to 2011.

Trustees also approved the members of the presidential search advisory committee. The 27-member committee is comprised of faculty, staff, students, alumni and representatives from the university community, and is chaired by Trustee Ed Burr. 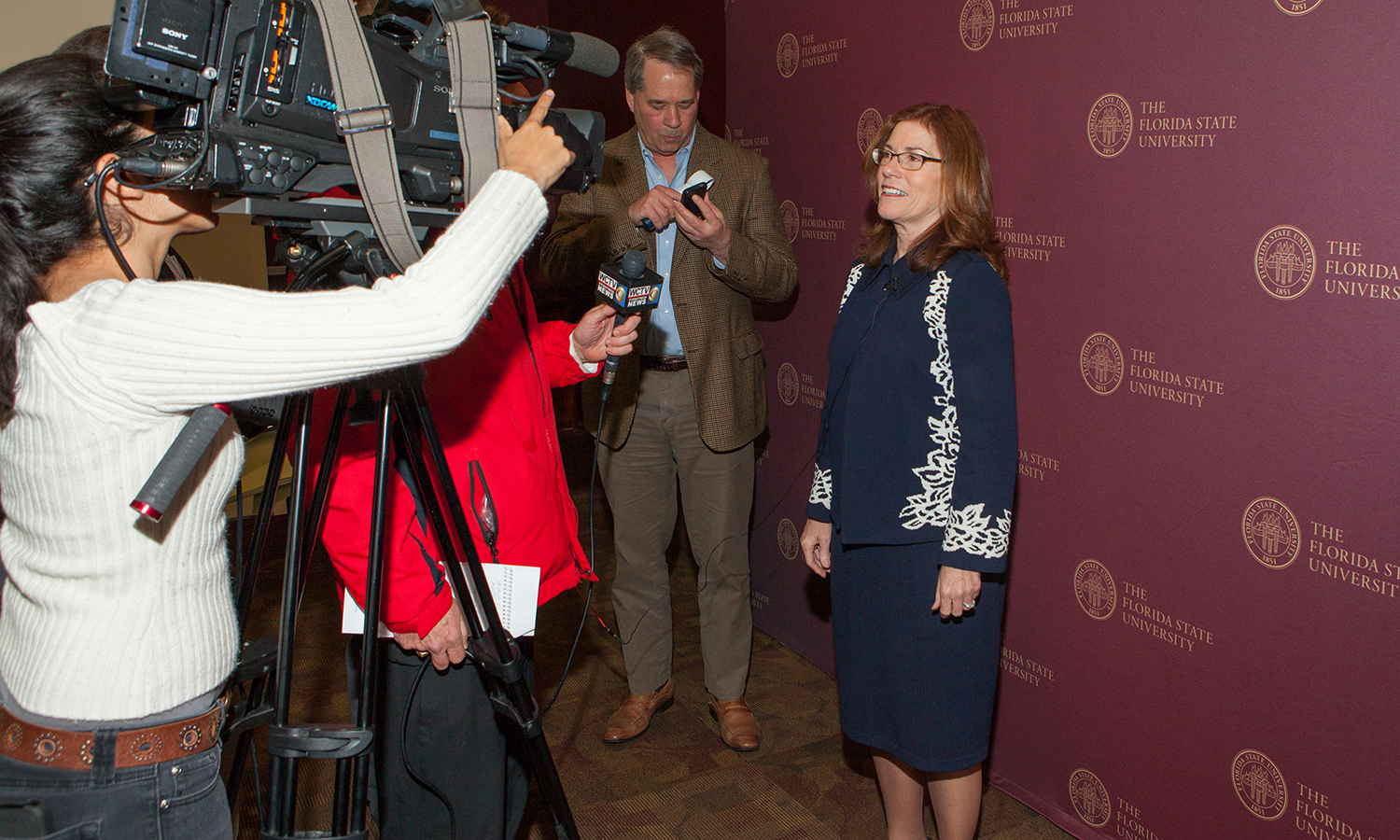 The university has launched a website dedicated to the presidential search to provide updates and a place to leave comments and questions.

At the trustees meeting, board members thanked Barron for his service to Florida State.

“Your four years will be felt for many more years to come,” said Rosie Contreras, trustee and president of the Student Government Association.