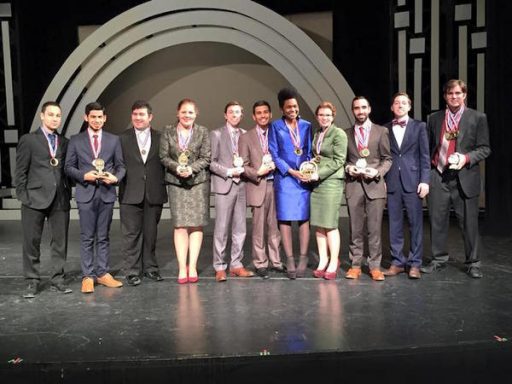 The Forensics team has a rich history at Florida State that dates back to 1887 when Florida State was a women’s college. Today, doctoral student Nick Thompson leads the 12-member group. Of the 12, 10 participated during the state championship.

“My students recognize they have a unique opportunity to speak about highly personal and nationally relevant topics,” Thompson said. “The passion and courage to use their personal voices has been the reason for our success this year.”

Seven of the members were also named state champions in their events:

By placing first in Persuasive Speaking, sophomore Manish Khanal qualified to represent FSU and the state of Florida at the nation’s oldest speech tournament — the National Championship of the Interstate Oratorical Association to be held April 23-25 at Berry College in Rome, Ga.

Members of the team were recipients of various awards at the event:

FSU Forensics also qualified for 28 events at the American Forensics Association’s national tournament, which will be held in Portland, Ore., during the first week of April.