Members of the successful Apollo space program are experiencing higher rates of cardiovascular problems that are thought to be caused by their exposure to deep space radiation, according to a Florida State University researcher.

In a new paper in Scientific Reports, FSU Dean of the College of Human Sciences and Professor Michael Delp explains that the men who traveled into deep space as part of the lunar missions were exposed to levels of galactic cosmic radiation that have not been experienced by any other astronauts or cosmonauts. That exposure is now manifesting itself as cardiovascular problems.

“We know very little about the effects of deep space radiation on human health, particularly on the cardiovascular system,” Delp said. “This gives us the first glimpse into its adverse effects on humans.”

This is the first study looking at the mortality of Apollo astronauts. The Apollo program ran from 1961 to 1972, with 11 manned flights into space between 1968 and 1972. Nine of those flew beyond Earth’s orbit into deep space. The program is most notable for landing men on the moon as well as the failed mission of Apollo 13 that inspired the popular 1995 Ron Howard film.

Delp’s research is of special interest now as the United States and other nations, plus private organizations, make plans for deep space travel. NASA has unveiled plans for U.S. orbital missions around the moon from 2020 to 2030 in preparation for a manned flight to Mars. Russia, China and the European Space Agency are all looking at lunar missions. And SpaceX, owned by Elon Musk, has proposed landing humans on Mars by 2026.

As a group, astronauts are highly educated and have access to top medical care, meaning their healthcare outcomes are generally better than the general population. But the group of men in the Apollo program experienced different environmental conditions than anyone else in the world when they traveled into deep space.

Delp found that 43 percent of deceased Apollo astronauts died from a cardiovascular problem.  That is four to five times higher than non-flight astronauts and astronauts who have traveled in low Earth orbit.

Of the 24 men who flew into deep space on the Apollo lunar missions, eight have died and seven were included in the study. The eighth — Edgar Mitchell — died after the data analysis had been completed. 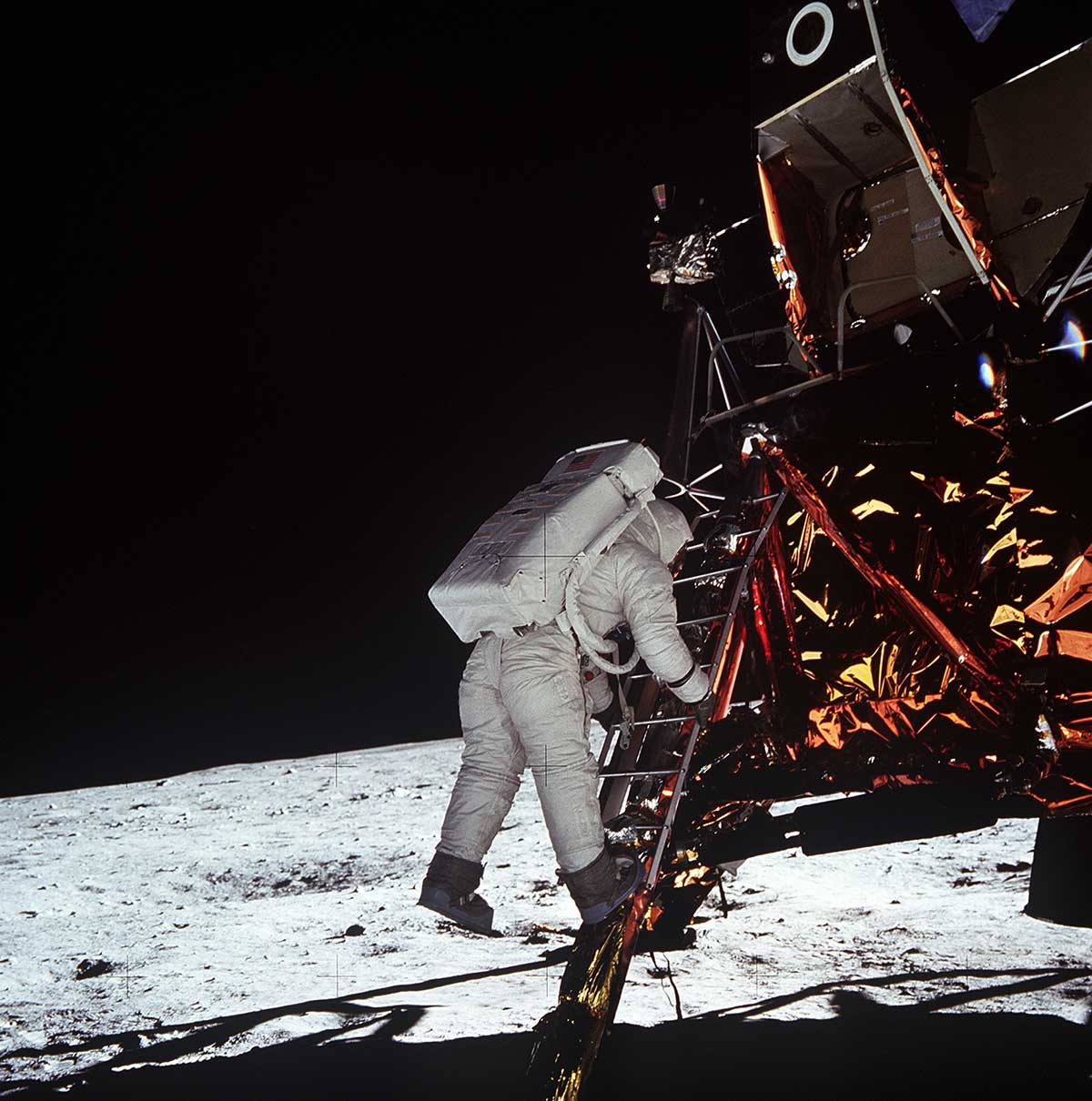 Astronaut Edwin E. Aldrin Jr., lunar module pilot, descends the steps of the Lunar Module (LM) ladder as he prepares to walk on the moon. He had just egressed the LM. (NASA) 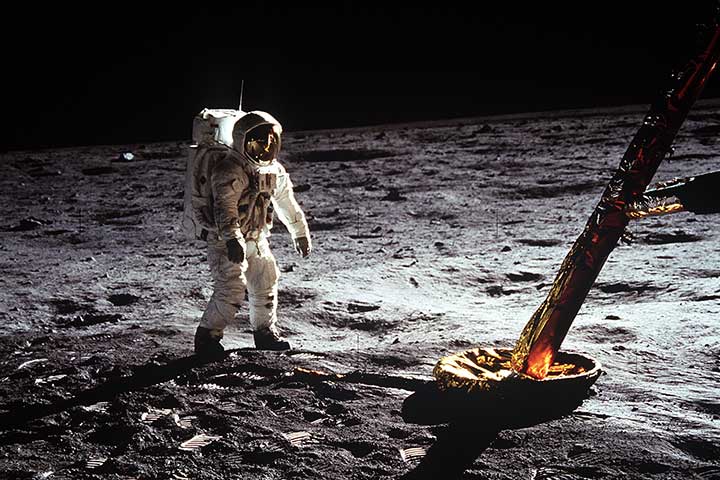 Astronaut Edwin E. Aldrin Jr., lunar module pilot, walks on the surface of the moon near a leg of the Lunar Module during the Apollo 11 extravehicular activity. (NASA)

Delp and his colleagues also exposed mice to the type of radiation that Apollo astronauts would have experienced. After six months — the equivalent of 20 human years — the mice demonstrated an impairment of arteries that is known to lead to the development of atherosclerotic cardiovascular disease in humans.

“What the mouse data show is that deep space radiation is harmful to vascular health,” Delp said.

Delp is working with NASA to conduct additional studies on the Apollo astronauts regarding their cardiovascular health.

This research was funded by National Space and Biomedical Research Institute and the NASA Space Biology Program. Other authors on the paper include Jacqueline Charvat from Johnson Space Center, Charles Limoli from University of California Irvine, Ruth Globus from the NASA Ames Research Center and FSU postdoctoral researcher Payal Ghosh.