The largest island in the Philippines may be home to the greatest concentration of mammal diversity in the world, according to a research team that has been exploring the island for the past 15 years.

Florida State University Professor of Biological Sciences Scott Steppan is part of a team that has published a new paper in the scientific journal Frontiers of Biogeography that shows 56 species of non-flying mammals are now known to live on the island, 52 of which cannot be found anywhere else in the world. And out of those 56 species, 28 were discovered in the course of the team’s research.

“It’s become clear that Luzon Island has exceptional diversity and the greatest concentration of mammal diversity, I’d say on the planet,” Steppan said.

Steppan is part of a multiuniversity team that came together in late 2000 at the request of Lawrence Heaney, the Negaunee Curator of Mammals at the Field Museum of Natural History in Chicago. Combining the expertise of scientists from a variety of backgrounds, the team embarked on an extensive effort to catalog the numerous species they believed were on this island.

Luzon is roughly 40,000 square miles and has never been connected to any continental land, but it has a complex geography. It’s tropical, but also very mountainous with lots of volcanic pieces that have come together as the continental plates have crunched into each other.

The mountaintops form what scientists call “sky islands” — distinct habitats that are widely different from the base of the mountain. This difference allows animals isolated high on the mountains to diverge from their siblings elsewhere on the island.

Among the 28 new species discovered by the team, there are four species of tiny tree-mice with exceptionally long whiskers, and five species of mice that look like shrews and feed on earthworms. These rodents live high in the mountains where typhoons can drop 12 to 14 feet of rain per year. 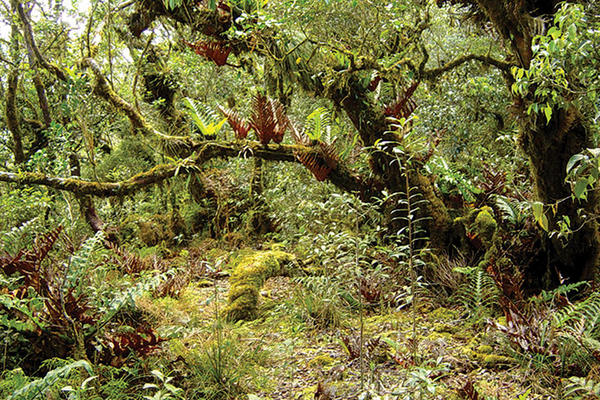 Luzon Island's mountaintops form what scientists call “sky islands” — distinct habitats that are widely different from the base of the mountain.

Heaney and colleagues put out roughly 100 traps a night for several years moving up the mountains at different elevations.

Researchers, who found different species the higher they went in elevation, recognized that many of the small mammals they trapped were a bit different than animals they had previously identified. After evaluating them, they would then send tissue samples to Steppan so he could conduct a thorough DNA analysis, which could confirm if animals were entirely different species or a relative of something researchers had previously identified.

“The fact that we found some new ones was not surprising,” Steppan said. “New small mammals are being discovered all the time, but finding 28 new species on one island — an island that had been studied pretty well before — was beyond expectation.”

Steppan’s work was supported by the National Science Foundation.