Roger Mudd, one of the leading figures in broadcast news, will discuss “When The News Was The News,” in a free, public lecture at 3:30 p.m. Sept. 25 at FSU’s Claude Pepper Building. Also on this week’s campus schedule, a one-of-a-kind dance performance, Embodiments of Silence, will be presented at 8 p.m. on Sept. 26 and 27 in the Nancy Smith Fichter Dance Theatre in Montgomery Hall.

Between 1961 and 1992, Mudd served as a Washington correspondent for CBS News, NBC News and the MacNeil/Lehrer Newshour on PBS. He won the George Foster Peabody Award in 1970 and 1979 and the Barone Award for Distinguished Washington Reporting in 1990. From 1992 until 1996, he was a visiting professor of politics and the press at Princeton University and at Washington & Lee University. He served as the documentary host and correspondent for the History Channel from 1995 until he retired in 2004. 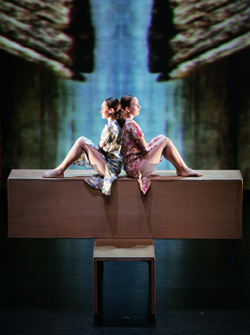 His lecture is funded by the Anderson Ashby Lecture Series.

Embodiments of Silence features the work of director/choreographer Tim Glenn, Associate Professor of Dance at FSU, and includes selected original music by composer Alex Davis. This event offers a unique experience, in that a back-to-back comparison is presented between a fully produced live performance created for the stage and the same work transposed for the screen and realized as a dance film.

Embodiments, the dance, consists of five main dances which alternate with five interludes. Each is visually enhanced with rear-projected images.