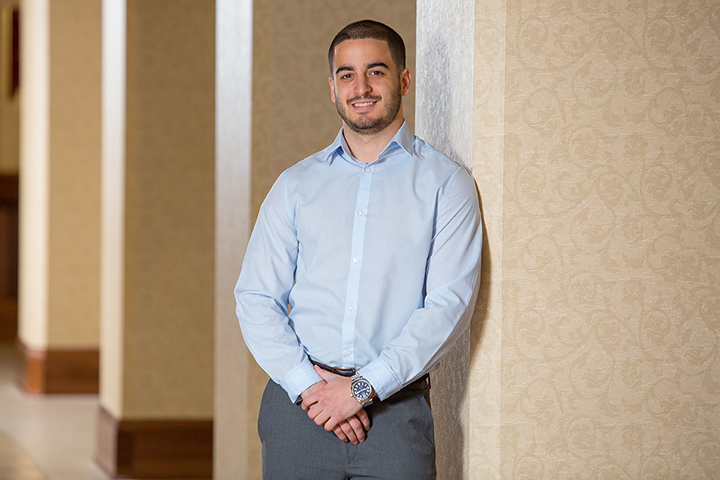 “I feel as though advancing the field of cancer treatment is my calling and I plan on doing as much as I can.”

Juan Nogues is dedicated to using the skills that he has gained as a first-generation college student to further cancer treatment.

As a child, Nogues lost his grandmother to cancer, which was followed by his grandfather’s diagnosis of lung cancer. Since then, Nogues — a Florida State University senior majoring in biochemistry — has been dedicated to learning the tools necessary to enter the field of drug development and help find a cure for cancer.

“I’ve always been independent and willing to venture into the unknown, unafraid,” said Nogues, a native of Cuba who came to the United States when he was two years old.

This fearless independence allowed Nogues to aspire to be the first one in his family to attend college.

Nogues began his time at Florida State through the Center for Academic Retention and Enhancement’s Summer Bridge program.

“They were extremely involved my first year and mentored me through the process of transitioning from high school to college,” Nogues said. “Although I would have been able to manage it on my own, I know I would not have be as successful as I am without them. From financial to academic support, they gave me all the tools I needed to succeed.”

In spring 2015, Nogues received the Mentored Research and Creative Endeavors Award (MRCE) from the Center for Undergraduate Research and Academic Engagement. Nogues used the award to write a paper, “Optimizing Protonation States for Selective Double Strand DNA Photocleavage in Hypoxic Tumors: pH-Gated Transitions of Lysine Dipeptides,” which was published in the Journal of Medicinal Chemistry.

The paper focuses on the design and effectiveness of small molecules that cleave DNA.”

“We designed them specifically to target cancer cells by controlling the environments where they become activated,” Nogues said.

After graduation, Nogues plans to earn his Doctor of Medicine degree and continue his pursuit of a cure for cancer.

“I feel as though advancing the field of cancer treatment is my calling and I plan on doing as much as I can,” he said.