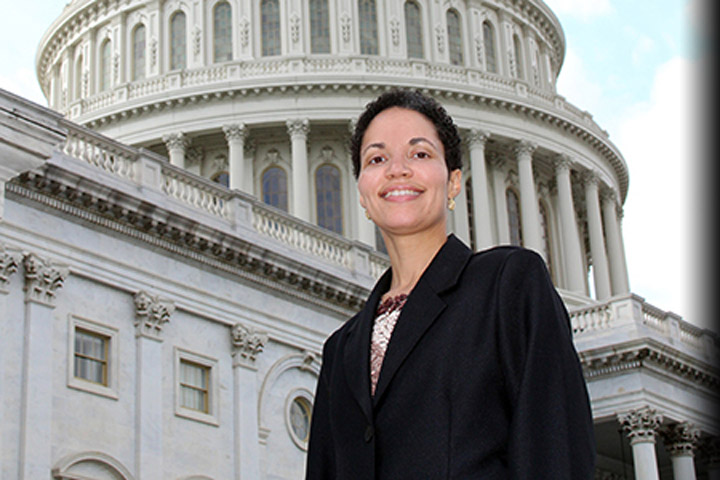 “I hope to bridge communities across borders, learning from one another, and contributing to HIV prevention internationally.”

College students seldom have the chance to participate in White House briefings, but Florida State doctoral candidate Kristin Brown has done it — twice.

“Just to actually be there in the room you see on television where they do briefings, and then to be able to ask questions afterward, I was grateful to have the opportunity to participate,” Brown said.

Also while in Washington, D.C., during the 2013 Black LGBT Leadership Summit, Brown made a presentation on including LGBT women in HIV/AIDS prevention — a group she feels is underserved.

Brown’s passion for the subject began in junior high when she was first learning about AIDS. She noted even at a young age that many prevention materials and reports seemed to focus on health problems for men.

“When I noticed there wasn’t as much outreach for women, especially LGBT women, I wanted to make a difference and felt social work could be one way to address those issues,” said Brown, who eventually fulfilled that goal by enrolling at Florida State.

Brown has since accrued an impressive list of scholarships: the FSU Graduate School Fellowship, the 2009-2011 Leslie N. Wilson-Delores Auzenne Assistantship for Minorities, which carried a stipend of $10,000, and the FSU College of Social Work Dianne F. Harrison Scholarship for best dissertation prospectus in 2013.

Brown also served with the FSU Congress of Graduate Students as the College of Social Work representative in 2009, and has provided more than 100 volunteer hours with hospice.

As a research assistant to social work Professor Neil Abell, Brown assisted in the development of the HIV/AIDS Provider Stigma Inventory, a measurement instrument intended to assess areas of challenge for providers, and to furnish guidance in workplace training for improved client services.

“To date, I have known Kristin as a person of exceptional character who has demonstrated, as a developing academic, having what it takes to make a lasting contribution to the wellbeing of others,” Abell said. “Kristin seeks to develop knowledge and talents in ways that will leave the world a better place.”

In addition to success in the U.S., Brown also is researching abroad — making the work a truly global effort. FSU International Programs provided her with a chance to travel to the U.K. for a doctoral directed independent study during the summer of 2010. She visited with HIV/AIDS and other health care agencies, and inquired about their services in relation to LGBT women.

While in London, Brown also was invited to spend time with a group of women living with HIV/AIDS. She shared a traditional African meal prepared by the women, sat in on discussions, and did yoga with them.

“It feels good to be invited, and allowed to participate. It’s also an opportunity for me to learn and make ongoing connections,” Brown said. “I hope to bridge communities across borders, learning from one another, and contributing to HIV prevention internationally.”

Brown will return to the U.K. during spring 2014 to continue interviews, and hopes to defend a dissertation by fall 2014. Reflecting on her experiences at FSU, she said the social work program has made an impact on her for developing a career.

“Just to have all the unexpected opportunities — each course was more than a course, and each paper was more than a paper. The professors made it possible for me to go out in the community, travel to other cities and even other countries, and speak with health agencies to learn about their services,” Brown said.

After defending a dissertation, Brown hopes to increase involvement in health care policy and international organizations, whether in the realm of academia or government.

“I want to be able to make a difference related to health care,” Brown said. “I hope that wherever I am, I can continue to advocate for the inclusion of lesbian, gay, bisexual and transgender women.”