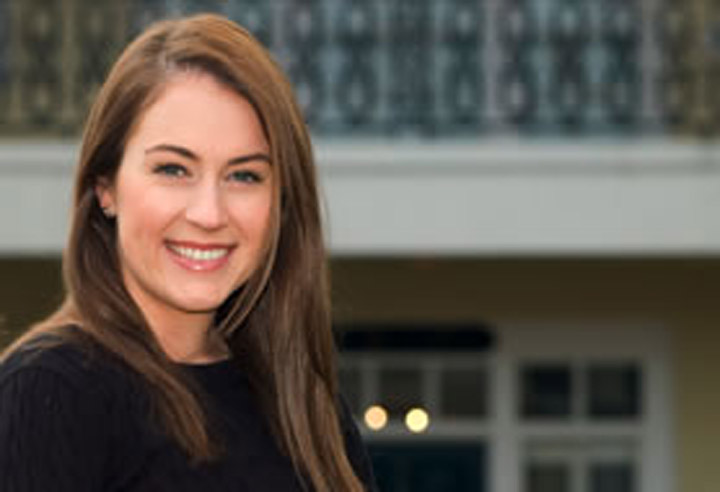 “Our goal was to educate students about SGA and to educate ourselves about their concerns. I am proud to say that SGA Week is now held each semester.”

For her, excelling in academics included “being a positive role model for women on campus and developing future women leaders at FSU.” She says, “The best way to do that is to make others feel that they can be just as successful as you. Growing up, all of my role models weren’t caught up in themselves; they made you feel like you could do anything they could do and more.”

One of her “proudest achievements” was an idea she, as chair of Student Senate Student Affairs, and Student Body president Chris Evans, put into action—they created the first SGA Week. “We reached out to students all over campus, asking them to express their thoughts on important issues, from technology fees to the late night bus system. For the first time students saw their Student Government leaders actively engaged, not just asking for votes. Our goal was to educate students about SGA and to educate ourselves about their concerns. I am proud to say that SGA Week is now held each semester.”

Dana credits much of the opportunities she was afforded and her successes to her sorority Pi Beta Phi. “My sorority gave me a chance to get involved”—she was awarded New Member of the Year 2004, served as director of External Affairs 2006, and was voted Woman of the Year 2007. “And when I got involved on campus, I always knew my sisters would support me; they are amazing women. Even though I was recipient of the Panhellenic Woman of the Year Award 2006-2007, I really felt that everyone in my sorority won.”

Where does she want to be in the future? Dana explains, “As I got more into Political Science, I found myself extremely interested in the international aspect of issues. This led to adding a second major in International Affairs—to understand the broader context behind global issues, not just what we hear about on U.S. news programs.”

She has just completed a six-month internship at the United Nations World Food Programme in Rome, Italy. “I worked in Private Donor Relations. Major partners such as Citigroup, Unilever, and YUM! Brands lend financial support to the U.N.’s emergency food aid projects in the most vulnerable countries around the world. ”

Dana plans to continue her work with the United Nations World Food Programme, “most likely,” she says, “in the area of public policy.” She also plans to attend graduate school to pursue a Master’s of Public Policy in International Development. “I would really like to get involved in private-public sector partnerships, which are essential to the future of international development.”