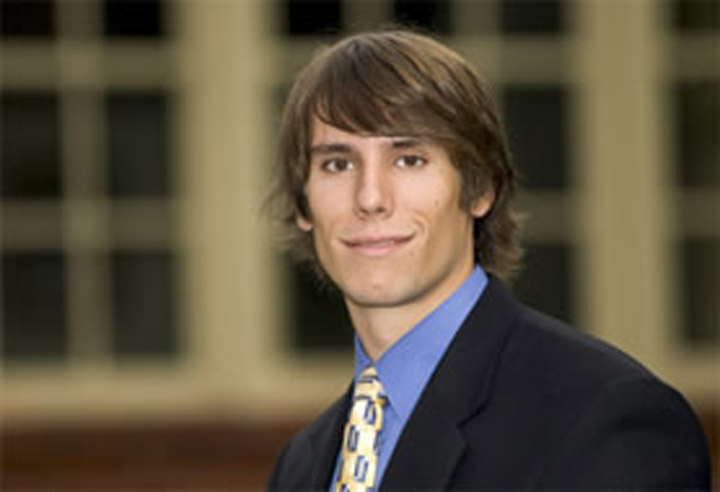 “It really opened my eyes to the benefits of community service—not only a great opportunity to learn more about yourself but also to help the local community.”

“I’ve always enjoyed working with numbers so completing a degree in Finance was a clear choice, and more recently I’ve become interested in Real Estate with an emphasis on commercial and residential development,” says Andrew Young, an Honors student who is carrying a double major in Finance and in Real Estate.

Andrew has appeared on the President’s List for the past two years, which may be why he “has been fortunate to be awarded a few College of Business scholarships”—the E. Ray Solomon and the James King, as well as a Karl and Sophia Schweizer Scholarship from the Finance Department.

“Coming in as a freshman, and now as a senior,” he says, “I’ve seen nothing but growth and wonderful experiences during my time here at Florida State.” One “great learning experience” was as a First Year Experience peer leader. “I really enjoyed organizing lectures and discussions with my co-instructors and interacting with freshmen.”

That experience, he believes, helped him become a better Business instructor for the Freshman Interest Groups. “It was amazing,” he says, “because after years of being a student, it allowed me to see what it’s like to be on the other side of the podium. My small class of 15 freshmen covered business ethics, group communication, presentation skills, and liberal arts.”

He’s particularly proud of re-establishing Theta Chi, a social fraternity. “This was one of the more difficult things I’ve accomplished because of the time needed to recruit, write by-laws, and set up committees and the infrastructure of what will hopefully be a strong and long lasting fraternity.”

In 2006, he served as Theta Chi’s philanthropy chair, which he considers to have been a privilege. “It really opened my eyes to the benefits of community service—not only a great opportunity to learn more about yourself but also to help the local community. I’ve been involved with Relay for Life, Keep Tallahassee Beautiful, and Habitat for Humanity. In fact, during that time the chapter as a whole completed close to 1500 hours of service.”

Andrew has been involved with Dance Marathon for four years, but this year he will serve as a morale chair assistant. In this position he will be responsible for keeping up everyone’s spirits during the 32-hour marathon.

He’ll be completing his degree this spring, but his post-graduation plans are not yet set. “I’m exploring several options—Law school, attending an MBA program, or joining Teach for America.”