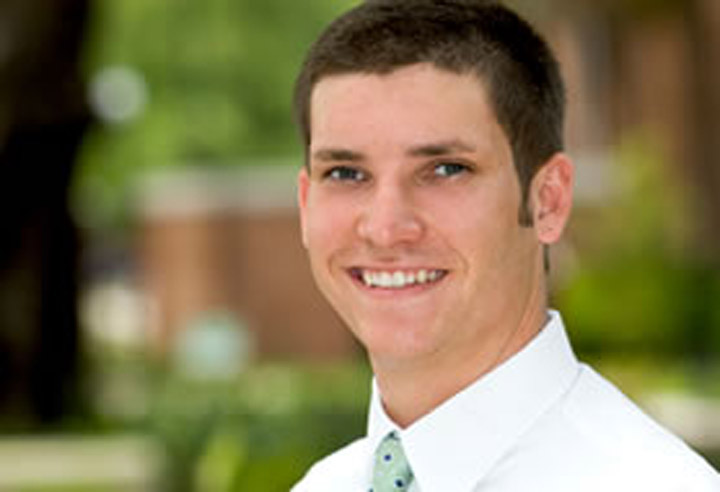 “While serving the FSU College Republicans, I learned a great deal about politics, leadership, dealing with conflict, and ultimately myself.”

September 11th, 2001 was a life-altering day for Daniel Butson, a sophomore in high school at the time. “I was stunned by what took place. It inspired me to get involved in politics with the hope of one day leading in the decision-making process of our great country.”

He immediately began taking Advanced Placement courses, and when it came time to apply to college, he chose Florida State because it is located “in the center of Florida politics.” Entering with a Bright Futures Scholarship, he knew he’d have to keep up his GPA. He says, “After hard work and actually waking for classes at 9 a.m., which was more difficult than I thought, I immediately saw the results—I was inducted into the Phi Eta Sigma National Honor Society for college freshman.”

Having set a goal of performing his academic best, Daniel, in only three years, has managed to complete a double major in Economics and Political Science, as well as a minor in Business. “I attribute graduating early to my work ethic and my commitment to that goal. It was definitely arduous, and accounts for many sleepless nights, but I was also able to do it because the curriculum was excellent and Professors Mark Souva and Todd Willcox made classes exciting. I hold them in the highest regard for their love of teaching.”

Yet, Daniel believes his “greatest accomplishments” were serving as vice chairman and chairman of the College Republicans of FSU. “I learned a great deal about politics, leadership, dealing with conflict, and ultimately myself.” Being a Republican, he says, “is to be in support of limited government, less taxes, and the right to bear arms. Self-reliance is key, and the private enterprise system is best for the economy. Yet, Republicans, Democrats and Independents alike need to work together for a more promising future. It’s imperative we invest in research for alternative energy uses.”

Following graduation, Daniel plans to pursue a master’s in Urban and Regional Planning while attending Law School. But “all bets are off” as to the specific area of Law—perhaps Sports, Corporate, or even Real Estate. He says, “The beauty of earning a juris doctor is that you can choose from a wide selection of exciting occupations.” While he’s still young, he would like to enter the political arena, to “make a positive impact” on his hometown of Brandon, Florida.

He says, “I hope I can live up to that calling.” For someone who sets high goals and commits himself to achieving them, no matter how difficult, we have little doubt he will.