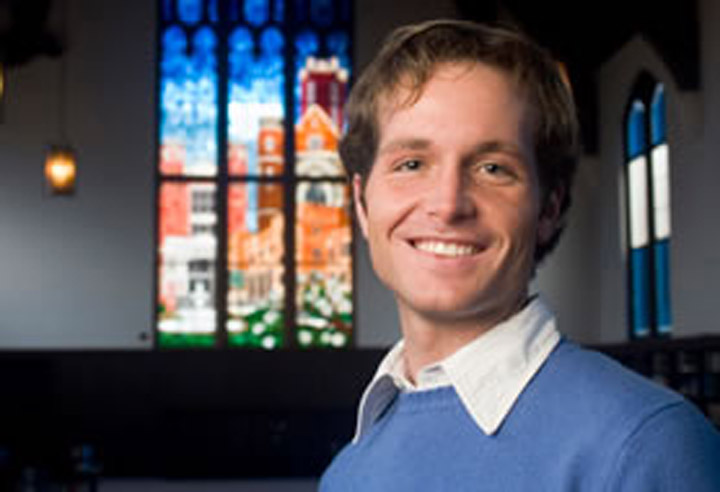 “Many people view politicians as crooked or out to benefit only themselves and their friends. But I have witnessed men and women fight long hours for the benefit of their constituents.”

Earth is the only home we have. Does it make good sense to soil or mistreat it?

Aaron Irving, who grew up in the countryside of Central Florida, who knows first-hand the benefits that nature provides, and whose grandfather instilled in him a profound love of the land, plans to devote his life to educating others of the need to respect the environment in which we live, play, and work. And like anyone on a mission, he has laid specific plans to accomplish it.

He chose to attend Florida State because the University is located in the capital city, where he could “immerse himself in the art of politics.” He would take his studies seriously, maintaining a high academic average. He would be invited to join four honor societies—Phi Eta Sigma, National Society of Collegiate Scholars, Golden Key International, and Pi Sigma Alpha.

Because his future plans include the study of law, Aaron would join the Phi Alpha Delta Pre-Law Fraternity. Within this organization he would evolve from member to leadership positions—rush chair and currently as treasurer. He and his brothers would join together for the 2007 Relay for Life event, raising close to $6,000, possibly the highest amount raised by any team at Florida State.

Aaron would take non-paying, non-credit intern positions for Senator Anna Cowin and Representative Mitch Needelman for four consecutive Legislative Sessions to gain priceless experience. He says, “I love to see the ins and outs of our government at work. Many people view politicians as crooked or out to benefit only themselves and their friends. But I have witnessed men and women fight long hours for the benefit of their constituents.”

After graduation, Aaron will attend law school, working toward both a juris doctor and a master’s degree in Public Administration. Because he would like to continue his family’s tradition of serving in the military, Aaron plans to enter the Air Force, serving his four-year enlistment as a Judge Advocate General. “It’s my way of giving back to America, which has given me so much. I am blessed to have been born here.”

At the end of this long road, Aaron will re-enter the private sector to specialize in Environmental Law and to pursue his political aspirations—to ensure his children enjoy nature as he has enjoyed it.