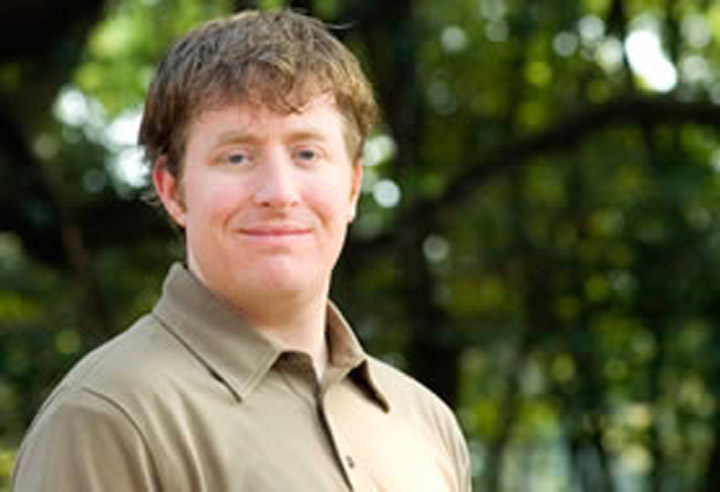 The exact cause of depression is unknown. And, currently, there is no way to measure the serotonin levels in your brain. So, if an advertisement claims to alleviate your depression by correcting a serotonin imbalance in your brain, be wary. Become informed, says Jeffrey Lacasse, Visiting Lecturer and doctoral candidate in Social Work. “Physicians and mental health professionals should be disclosing to their clients what we do and do not know, and the risks and benefits of each treatment in detail.”

Throughout his education, Jeffrey has been interested in critical thinking. He earned his Masters of Social Work through Florida State’s off-campus program, while working at a psychiatric hospital and as a psychoeducational facilitator in a prevention program. That’s when he became “intensely interested in mental health research and found interesting critical thinkers were from the field of academic Social Work.” So, he came to Florida State to pursue his Ph.D. He says, “It has been a very fulfilling experience.”

Jeffrey was one of the first recipients of the Graduate Student Research and Creativity Award. He co-authored, “Serotonin and Depression: A Disconnect Between the Advertisements and the Scientific Literature,” arguing that “antidepressant advertisements could be seen as misleading, since the idea that they correct a serotonin imbalance is theoretical and actually contradicted by a large body of research.” Public Library of Science, an open-access journal, published the paper. Since its appearance, Jeffrey says, “We have not received a single negative commentary from any mental health academic, and have received an overwhelming amount of media coverage and positive feedback from the public.”

The issue of informed consent concerns Jeffrey. “Unfortunately, it seems likely that the information that many clients receive from their clinicians is more consistent with drug company advertising than the empirical evidence. There are complex reasons for this, and I would like to continue to do further research in this area.”

Winner of several teaching awards—Association of Students in Social Work’s Instructor of the Year, and Florida State’s Outstanding Teaching Assistant Award Granted to an Independent Instructor—Jeffrey “enjoys challenging students to think critically, whether the topic is Social Policy or Statistics.”

Upon completion of his doctorate, he’ll continue to teach and research mental health, a definite benefit for those in the mental health field and those served by it.