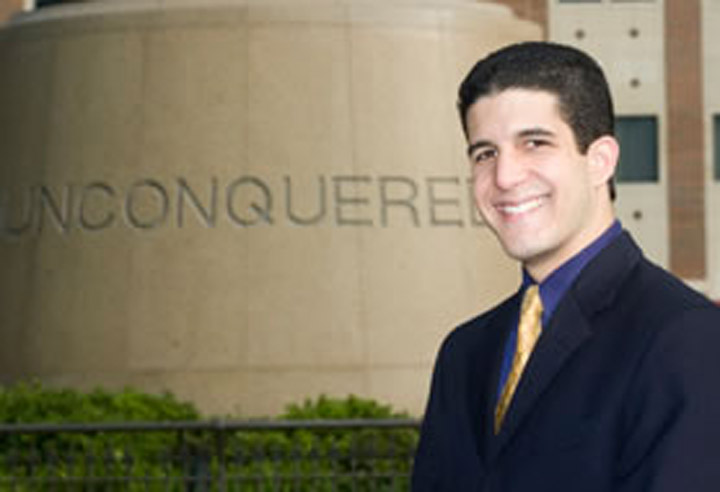 Jose Requena wants to spend his life working for positive social change. In fact, he chose to attend Florida State “because of its active student body.”

He has prepared himself for such a life by serving as a senator for the legislative branch of the Student Government Association, and as a member of the Progressive Student Assembly and the Hispanic/Latino Student Union. He calls himself “a proud brother of Lambda Theta Phi Latin Fraternity.”

And he is “proud that Florida State has some of the most dedicated and hard working leaders” he has ever met. But more importantly he believes “the University prides itself in having students’ voices heard at all levels of government, while ensuring that their interests are well-represented at such levels.” He recently made his individual voice heard at the highest level of state government. “In response to the Martin Lee Anderson injustice,” Jose “participated in the student sit-in at Governor Jeb Bush’s office.”

Jose will not name his favorite professors, but he will describe their qualities. “Those who are eager about teaching, while taking the time to ensure that students are actually learning, and those who, while recognizing the evident tradeoff between doing research and teaching, choose to teach and serve as mentors to those students who are willing to learn.” Jose is eager to learn; he holds a 3.95 GPA.

Upon completion of his education, Jose plans to return to the Dominican Republic, “his home country.” Positive social change will most likely take place shortly thereafter.