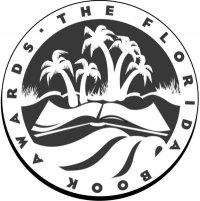 With its 12th annual competition now complete, the Florida Book Awards has announced winners for books published in 2017. More than 200 eligible publications were submitted across the 11 categories of competition.

The Florida Book Awards, coordinated by the Florida State University Libraries, is the nation’s most comprehensive state book awards program. It was established in 2006 to celebrate the best Florida literature. Authors must be full-time Florida residents, except in the Florida nonfiction and visual arts categories, where the subject matter must focus on Florida.

Rob Sanders, a resident of Brandon, received the Gwen P. Reichert Gold Medal for Children’s Literature, for “Rodzilla” (Simon and Schuster). Now in its third year, this $1,000 cash award is in memory of Gwen P. Reichert and serves as a lasting tribute to her accomplishments as a rare book collector, nurturer of authors and educator of children.

Also awarded were the Richard E. Rice Gold Medal Award for Visual Arts to Jared Beck and Pamela Miner for “River and Road” (University of Florida Press) and the Phillip and Dana Zimmerman Gold Medal for Florida Nonfiction to Arlo Haskell for “The Jews of Key West” (Sand Paper Press). These two category winners each receive a $500 cash award.

The winning authors from across the state will be honored at the Abitz Family Dinner, the annual awards banquet April 12 at Mission San Luis in Tallahassee. The public is invited to attend. Please contact Jenni McKnight at floridabookawards.lib.fsu.edu or (850) 644-6323.

Submissions for the 2017 awards were read by juries of three members, who were nominated by co-sponsoring organizations from across the state. Jurors are authorized to select up to three medalists (one gold winner, one silver runner-up and one bronze medalist) in each of the 11 categories; jurors also are authorized to make no selections in a given year.

Learn more about the Florida Book Awards at floridabookawards.lib.fsu.edu.