Portions of Albert Einstein’s brain have been found to be unlike those of most people and could be related to his extraordinary cognitive abilities, according to a new study led by Florida State Universityevolutionary anthropologist Dean Falk.

Falk, along with colleagues Frederick E. Lepore of the Robert Wood Johnson Medical School and Adrianne Noe, director of the National Museum of Health and Medicine, describe for the first time the entire cerebral cortex of Einstein’s brain from an examination of 14 recently discovered photographs. The researchers compared Einstein’s brain to 85 “normal” human brains and, in light of current functional imaging studies, interpreted its unusual features.

“Although the overall size and asymmetrical shape of Einstein’s brain were normal, the prefrontal, somatosensory, primary motor, parietal, temporal and occipital cortices were extraordinary,” said Falk, the Hale G. Smith Professor of Anthropology at Florida State. “These may have provided the neurological underpinnings for some of his visuospatial and mathematical abilities, for instance.”

The study, “The Cerebral Cortex of Albert Einstein: A Description and Preliminary Analysis of Unpublished Photographs,” were published Nov. 16 in the journal Brain.

Upon Einstein’s death in 1955, his brain was removed and photographed from multiple angles with the permission of his family. Furthermore, it was sectioned into 240 blocks from which histological slides were prepared. Unfortunately, a great majority of the photographs, blocks and slides were lost from public sight for more than 55 years. The 14 photographs used by the researchers now are held by the National Museum of Health and Medicine.

The paper also publishes the “roadmap” to Einstein’s brain prepared in 1955 by Dr. Thomas Harvey to illustrate the locations within Einstein’s previously whole brain of 240 dissected blocks of tissue, which provides a key to locating the origins within the brain of the newly emerged histological slides.

To view the study, visit http://www.oxfordjournals.org/our_journals/brainj/press_releases/prpaper.pdf. 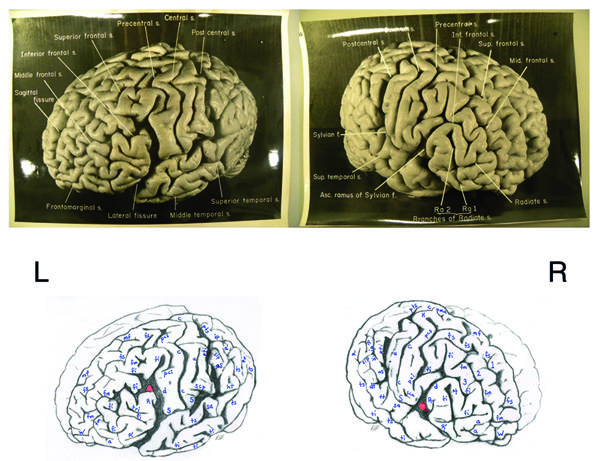 The images of Albert Einstein’s brain from the 2012 paper by Dean Falk, Frederick E. Lepore and Adrianne Noe, which was published in the journal Brain, are reproduced here with permission from the National Museum of Health and Medicine, Silver Spring, Md. 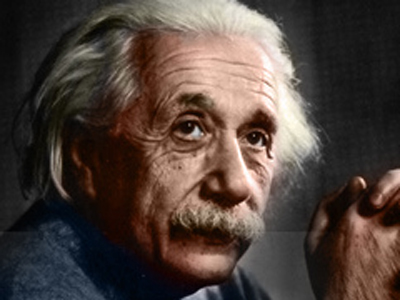