The aerospace industry is a huge player in Florida, employing some 83,000 highly skilled workers and making an impact on the state economy estimated at $100 billion. Now, Florida State University is stepping forward to help the industry remain competitive as it contends with an aging work force and the need for innovative technologies.

FSU has been selected as the lead university for the new Florida Center for Advanced Aero-Propulsion (FCAAP), a collaboration of the state’s premier researchers in aerospace and aviation. Working with Embry-Riddle Aeronautical University, the University of Central Florida and the University of Florida, FSU will seek to bridge the gap between academia and industry and give university-produced innovations a push toward commercial viability.

“This is a time of some uncertainty for Florida’s aerospace and aviation industries,” said Farrukh Alvi, a professor of mechanical engineering at the Florida A&M University-Florida State University College of Engineering and the director of FCAAP. “For example, NASA plans to retire the space shuttle in 2010, which could lead to the elimination of more than 8,000 high-paying jobs around the state. In addition, many of the workers in these industries are nearing retirement age, so there is an urgent need to develop training programs for those who will succeed these highly skilled employees. And the technology itself is continually evolving: We’re seeing an increase in the popularity of very light jets, of VLJs; NASA will be developing a next-generation craft to replace the space shuttle; and there is a need for new technologies to enable aircraft to run quietly and more efficiently. 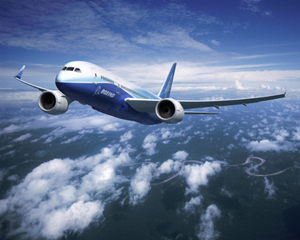 “FCAAP, then, fills a huge need in the aerospace and aviation industries for research and development on next-generation aircraft and spacecraft, as well as work force training to help keep these highly skilled and high-paying jobs in Florida,” Alvi said. “We intend to be the advisory and technical focal point for NASA, the military, private industry and the state of Florida with regard to this critical sector of our economy.”

The new Center for Advanced Aero-Propulsion was one of two Centers of Excellence approved by the Florida Legislature during its 2008 regular session. Gov. Charlie Crist signed the General Appropriations Act in late June, thereby authorizing the release of $14.57 million to create the center. FSU will receive the largest portion of that funding — between $5.5 million and $6 million — to oversee center operations and develop research and policy approaches that will unite scholars from various disciplines
and universities.

“Here at FSU, we will be pulling together scholars from such fields as engineering, mathematics, computational science and business to develop not only new technologies, but also new strategies for the public and private sectors as they work to make Florida the national leader in aerospace and aviation,” Alvi said.

A key research focus of FCAAP will be enhancing the efficiency of commercial and military aircraft by developing innovative active flow and noise control methods. With advances in these areas, future aircraft will be quieter and induce less drag, thereby requiring less fuel and shorter distances for take-off and landing. Ultimately, this will result in quieter and safer airports that can accommodate higher traffic densities. 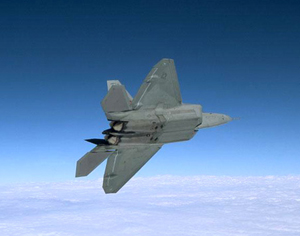 “One of the biggest hurdles that we have right now for airports is jet noise,” Alvi said. “As our population grows, more and more residential developments are being built near our state’s airports — so we need to develop technologies that will make future aircraft as quiet as possible.”

Other challenges include developing efficient and low-emission propulsion systems for aircraft; creating innovative aircraft designs that will enable them to fly more quietly, with higher load capacities and lower operational costs; and exploring the use of alternative fuels and power systems, such as hybrid electric systems.

For now, FCAAP will be headquartered at the Advanced Aero-Propulsion Laboratory (http://aapl.fsu.edu/), located on the FSU campus. In the future, it may be relocated to a facility scheduled for construction in Tallahassee’s Innovation Park.

Alvi was quick to praise other researchers who helped to develop the FCAAP proposal: Kirby Kemper, the vice president for Research at FSU; Julie Harrington, director of FSU’s Center for Economic Forecasting and Analysis; Rajan Kumar, a scholar-scientist in the FAMU-FSU College of Engineering; Professor Ray Mankbadi of Embry-Riddle Aeronautical University; Professor Jay Kabat of the University of Central Florida; and Professors Lou Cattafesta and Lawrence Ukeiley of the University of Florida.

“Without their creativity and hard work, the center could not have happened,” Alvi said.