Home / News / Health & Medicine / Putting a bull’s-eye on the flu: Scientists use magnets to probe influenza’s structure to target drugs

Beating the flu has always been tough, but it has gotten even more difficult in recent years. Two of the four antiviral drugs used to treat a nasty case of the influenza A virus no longer work.

Fortunately, scientists at the National High Magnetic Field Laboratory and Institute of Molecular Biophysics at Florida State University and researchers at Brigham Young University in Utah are close to understanding why these drugs have become less effective — and how new drugs might take their place. Their findings appear this week in the journal Science.

“Resistance to drugs is a fundamental problem that develops from their misuse, overuse and underuse,” said Timothy A. Cross, the Earl Frieden Professor of Chemistry and Biochemistry at Florida State and director of the Magnet Lab’s Nuclear Magnetic Resonance Program, as well as one of the Science article’s senior authors. Compounding the problem is that “the development of new drugs to take their place is a decade-long process with infrequent success.”

The two drugs no longer recommended by the U.S. Centers for Disease Control — amantadine (brand names Symadine and Symmetrel) and rimantadine (Flumadine) — have been used to fight the flu since 1969. For decades, they worked by preventing an essential protein function during viral infection of healthy cells. The protein, called the M2 channel, plays a key role in the virus’ ability to reproduce. But the M2 channel mutated just enough to allow the virus to resist both drugs. 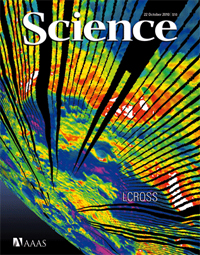 “Our work provides a blueprint on how protons are moved through a passageway inside the M2 channel,” said Huan-Xiang Zhou, an FSU physics professor and the other senior co-author of the Science article. Interfering with that passageway is “an obvious route for drug development.”

To study the M2 channel, researchers enlisted the help of one of the magnet lab’s crown jewels: the 900-megahertz, nuclear magnetic resonance magnet. The 40-ton magnet was used to map the protein’s structure by giving it the equivalent of an MRI scan. The detailed images allowed the research groups of Cross and Zhou to chart the tiniest, previously unknown aspects of the protein’s atomic structure.

“Now that we have a much more refined view of M2 — going all the way down to the atomic level, the level that includes protons going through the channel — we can draw conclusions about how to block it,” said David Busath, a biophysicist at Brigham Young University and a co-author of the Science paper.

Busath and his team have already begun screening millions of compounds, looking for drugs that will bind to the channel and block its reproductive role.

And FSU “has been awarded two patents for drug screening,” Cross said. “We’ll continue to use the 900-megahertz magnet for these drug-screening activities.”

As to why the longtime flu drugs have become ineffective, the massive misuse of amantadine in poultry may have played a role, Cross said.

In the West, amantadine can only be given to humans. But starting in 2005, the Chinese began feeding it to chickens and other poultry to prevent them from getting avian flu. In all, China administered 2.6 billion doses of amantadine to its domestic birds.

“It’s terrible to utilize these miracle drugs that can save thousands, if not millions, of lives and dramatically reduce hospitalizations in that fashion,” Cross said.

The flu project headed up by Cross, Zhou and Busath is paid for by a 10-year, multimillion-dollar grant from the National Institutes of Health. Additional contributors to the Science article are lead author Mukesh Sharma, Myunggi Yi, Hao Dong and Huajun Qin, all of FSU, and Emily Peterson of BYU.

The National High Magnetic Field Laboratory develops and operates state-of-the-art, high-magnetic-field facilities that faculty and visiting scientists and engineers use for research. The laboratory is sponsored by the National Science Foundation and the state of Florida. To learn more, visit www.magnet.fsu.edu.