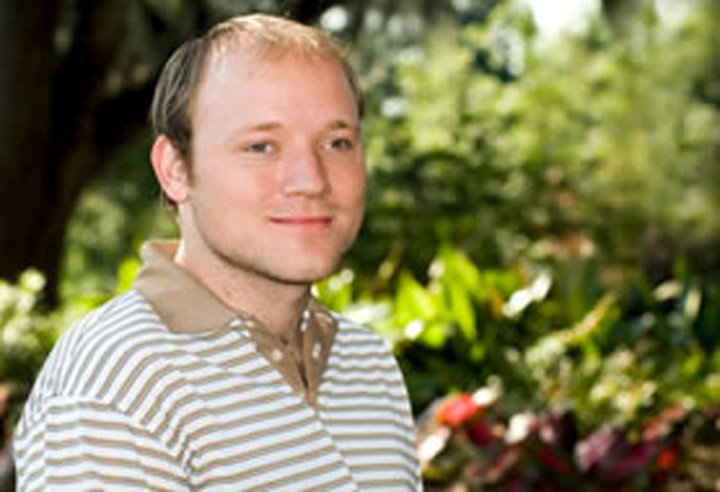 Social Psychology seeks to understand the relation between individuals or small groups and the society in which they live, that is, social interaction, social structure and personality, emotions, and identity and the self.

Matthew Gailliot, who came to Florida State to study for his master’s degree in Social Psychology and who recently completed his doctorate, was drawn to the field because it “helps make sense out the ordinary, and sometimes extraordinary, stuff that people do day to day. Why do people like who they do? Why do people help others, laugh, cry, and aggress?”

Most of his work focuses on “how people lose self-control when they’re mentally drained. They become less helpful, more aggressive, and more sexually promiscuous. We find that being mentally drained causes glucose in the bloodstream to be used up by the brain, and so the brain lacks sufficient energy for self-control later on. A quick dose of sugar boosts self-control, at least temporarily.”

During his four years at FSU, Matt has been performing research in this particular area. So far, he has been published in two dozen professional publications, and has been quoted in both the Scientific American and Psychology Today.

The Office of Graduate Studies’ recognized his superior scholarship with its 2006-2007 Graduate Student Research and Creativity Award. Matt says, “I’ve had a lot of success (and luck) doing research here at FSU.”

Matt is now enroute to the University of Amsterdam—”a great place to work and live”—where he will begin his new role as professor of psychology.