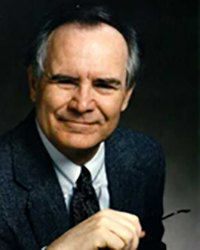 Gwartney can discuss the kinds of macroeconomic issues that are typically discussed in election years, such as taxes, budget deficits, monetary policy and unemployment.

The issue is more about the path of government spending than the debt itself. Those who want merely to raise the debt ceiling believe more spending will help promote recovery. Those who oppose the increase believe the growth of government is why the recovery is so sluggish. Thus, there is not much room for compromise.
Americans should learn from Japan and Canada. Japan responded to a recession in 1990 with increases in government spending financed by debt, and the result was a lost decade. Canada responded to a similar debt crisis in the late 1990s by reducing government spending and shifting the federal budget toward a surplus for more than a decade. The result was the fastest growth among the G-7 nations.

This election is vitally important because the debt-to-income ratio of both the federal government and household sectors are at historic highs, and this has undermined the ability of traditional policy tools to stimulate the economy. Economists and policy makers are divided on how to deal with this issue. The candidate and party that can convince voters they know best how to deal with this situation will win the election.

“This election is vitally important because economic policy exerts a major impact on the well-being and opportunity of all Americans. Counterproductive policies will slow economic growth and result in a lengthy period of stagnation.

“Misunderstanding of trade issues and the impact of various types of restrictions on trade is widespread. We went down the trade restriction path once before: the Smoot- Hawley trade bill of 1930 opened the gates to the Great Depression. If we fail to learn from history, it could happen again.”